Prior to that, the young guest speaker, Mr. Mark Anthony S. Angeles, was supposed to come up on December 14, 2008 but due to his inconsistent timetable as a call center agent and as a lecturer of journalistic workshops in various schools, it was moved on December 14, 2008. Unluckily, he was not again available during that time. And so, it was conducted after Christmas and New Year’s break.

The workshop, which was organized by The Spark Editorial Board and pushed through by their Exchange Editor & Circulations Manager, began with an invocation led by Aga L. Velasco. Subsequently, it was followed by a brief introduction of the 28-year-old guest speaker wherein Michael C. Alegre distinguished Mr. Angeles. Popularly known as Makoy Dakuykoy and formerly Vice President-elect for Luzon of College Editors Guild of the Philippines (CEGP) from 2002-2004. Mr. Angeles pointed out poetry as: the best words in the best order, according to Samuel Taylor Coleridge. After that, he gave techniques  on how to create a good poem by presenting and discussing the different kinds of it. Meanwhile, as part of his lecture, he played the song Kabit by Gagong Rapper and tasked the participants to analyze the flow of rhythm on its lyrics. Moreover, he also tasked them to do a pantoum and tanaga poems.

Highlighting the workshop was performances from the staffers as they faced the challenge of producing a well-constructed *tanaga. For the duration of the successful workshop, a certificate of appreciation was given to the speaker. Consequently, autograph signing and picture taking took off.

*Some of the tanaga poems

**Lucban
(“to all that we have lost…”)
ni Makoy Dakuykoy 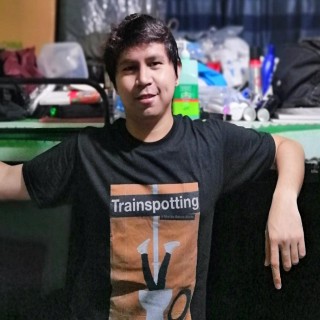